The Murder of Ira Grantham

Ira Grantham was the youngest son born to Hillard Cisero Grantham and Margaret E. Dickson and one of my husband’s first great grand uncles of the Grantham line. Ira was born 12 August 1887 in Whitney, Hill County, Texas. 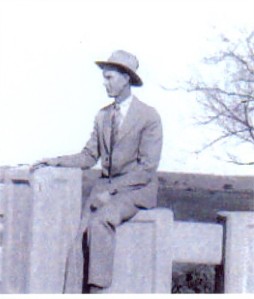 By 1891, the family had relocated to the Oplin/Tecumseh area of Callahan County, Texas. There he met and married Ollie Estelle Arnold some time around 1912. Very often in these smaller communities the families overlap and it takes some time to untangle the web. The Arnold sisters married into our family lines on more than one occasion: Ollie Estelle Arnold married Ira Grantham; her sister Eunice Mae Arnold married Edgar Claude Atwood; and Emma Arnold married Columbus Eugene Atwood. Sheesh…there went an hour of my life linking all that together in the database! It appears that during the first phase of Ira’s and Ollie’s marriage, Ira farmed in Lawn/Oplin, Taylor County, Texas. By 1930 they owned their own home and Ira was working as a salesman for a grocery store. I don’t believe they ever had children, or at least I’ve found no record of any. 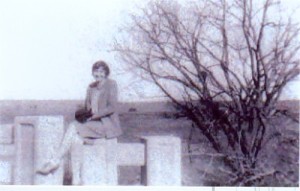 Sometime in early 1941 Ollie and Ira relocated to Hobbs, Lea County, New Mexico. There he worked as a sales clerk in a clothing store ( K.C. Store).  Shockingly, and sadly, on 7 July 1951, Ira Grantham was murdered in a shoot-out that also killed a Hobbs, New Mexico police officer.  Experts from the Hobbs Daily News, published on 8 July 1951:

Dope Addicts Hopped Up, Police Report – Two men were brutally shot to death in busy downtown yesterday afternoon by a pair of hopped-up gunmen described by police as dope addicts. The dead: City Patrolman Robert B. Butler, 68, father of former Hobbs mayor, Ned Butler; and Ira Grantham, 63, a clerk at the K.C. Store, scene of the shooting. The men were killed almost without provocation. One of the attackers was captured immediately. The other was caught less than an hour later while attempting to steal his fifth car in a wild escape effort. He was wounded.  The prisoners: Speight Fondren Parks, 27 and Gene Afton Parks, 22, both of 422 West Taylor. Both are listed as employees of the National Tank Company, 623 North Grimes. Speight Parks, was shot and captured by Deputy Sheriff Bruce McCallum, Police Chief Ivan Reed and Bill Carpenter, about nine miles from Hobbs on the Denver City highway, and was quoted by McCallum as saying that he “killed a policeman and another man.” Both the brothers are in jail. They were charged on two counts of first degree murder, pending a preliminary hearing. Both Have Police Records – Both men have police records here. Gene Parks, apprehended on Broadway by City Patrolman R. C. (Pinky) Hamlin, had eight or 10 “yellow jacket” dope pills on his person, Hamlin said. Witnesses told this story of the killing: Butler, in charge of parking meters, was walking along Broadway and had stopped to talk with Ira Grantham, a clerk at the K. C. Store, 119 West Broadway, and Phil Veneer, owner of the store. This was about 3:30 p.m. The Parks brothers appeared staggering, and Butler went, to speak to them. He started to put his hand on one of them when the other hit the elderly police officer. In the ensuing scuffle, one of the brothers unfastened Butler’s gun holster and removed his service pistol. Butler Grantham and Vener hurried into the store, seeking to avoid being shot. Butler ran down the west aisle, Grantham the east. One of the brothers fired three times at the patrolman. Butler fell about 12 feet from the doorway. Grantham was shot about 25 feet from the door. Vener had hurried to the back of the store to telephone the police as the fight began. 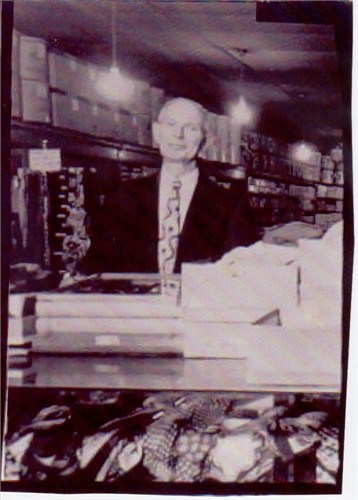 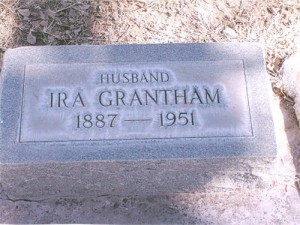 Ira’s widow, Ollie Estelle Arnold Grantham, never remarried.  She returned to Texas after Ira’s death, and died 15 Mar 1963 in Gladewater, Gregg County, Texas.  She is laid to rest there in Gladewater Memorial Park.