RSS
← Estaca – Plaza at an Ancient Crossroads
The Women of Mormonism →

My great grand aunt, Lucy Ann Spencer, did not live a long life. She was one of the daughters born to John Henry Spencer and Lucy Lodica Elmer in Payson, Utah on 23 October 1875. Lucy can be found in only one census record, and that being the 1880 census when she is only 5 years old. She is with her parents John and Lucy Spencer living in Thistle, Sanpete County, Utah. Also in the home is John’s “other” wife Jerusha (remember polygamy among the Mormons). Between the two women there are 11 children in the home ranging in age from 9 months to 17 years. 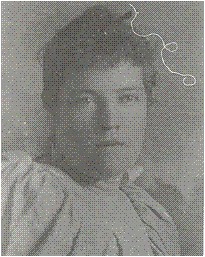 Lucy Ann Spencer Olsen – from the collection of Blaine Spencer

Henry Peter Olsen - from the collection of Blaine Spencer

﻿Such heartache cannot be fathomed.

Henry Peter Olsen did remarry; however, I know nothing about his third wife other than her name: Eliza Jane Neilson. It is believed that this couple did not have children.

Henry died of heart trouble at the age of 67 on 5 April 1943. He is laid to rest in the Mount Pleasant City Cemetery with his first two wives, Lucy and Edna, and several of his children.

← Estaca – Plaza at an Ancient Crossroads
The Women of Mormonism →